On April 26th, 2014, history was made: The ET Atari game cartridges were found! For the uninitiated: ET for the Atari is considered one of the worst video games of all time, and is sometimes held responsible for the Great Game Crash of ’83! So, why am I even talking about this? Skip-A-Turn is board games, not video games, Steven you silly goose! Because this historic moment had me dig through the bowels of my game collection this week and pull out a game that I would totally bury in New Mexico. Yes, I: I’m not speaking for all of Skip-A-Turn. This time? It’s personal.  This is Kill Doctor Lucky.

Now, despite being a critic on the internet, I have to say: I don’t LIKE disliking things. I enjoy liking things! Of course I get some odd joy out of snarking at a bad movie or something, but really, the reason I made Skip-A-Turn was to share some great, wonderful board games! And then there’s THIS game.

First, a story: I purchased this game on vacation with three of my dearest friends. After a long day of mucking around, we retired to the hotel room and decided to break this game out. We were in wonderful moods across the board and in a mindset that was more than forgiving. Picture a serene Florida afternoon in spring, the sliding door open and four friends gathered around a table to play a board game after a long day of shenanigans.

Not pictured: Me with a terrible sunbun.

Two hours later we all unanimously declared it the most boring slog on the planet and proceeded to create elaborate house rules just so the game would end!

Kill Doctor Lucky is published by Paizo Games and created by James Ernest and illustrated by James Ernest and James Ryman. The game was first published in 1997 through Cheap Ass Games, who do exactly that: Deliver cheap-ass games. The version in my custody is And Your Little Dog Too! released in 2007.  First, the positive: I love the art. And another thing? I love the concept!

In Kill Doctor Lucky you play an unnamed but arguably grumpy looking person who wants to kill Doctor Lucky. In his own house. In elaborate ways. Now this part is where I give credit: The idea here is quite amusing to me, in the same way that Gloom tickles my funny bone. It’s like playing the unseen prologue of Clue, and in a better world it would be.

Doctor Lucky moves in a set pattern every round, room to room. You have to get him in a room by himself and then use a weapon card to kill him. Every one tries to stop you, though: THEY want to kill the dirty old man. Of course, you can’t kill some one in front of some one else! That’s just tacky! You also can’t murder if the dog (named Shamrock) is watching you, if you choose to play with the  And Your Little Dog Too! expansion. Dogs are likable, what can I say?

Once you finally have the old fart alone, and no pesky pooches to judge or other malicious malefactors who could point fingers, it’s time to murder! You use weapon cards, which work better in certain rooms (which just makes sense: A pool cue would only be found in the game room, after all)… And then the game proceeds to fall apart for me.

See, at this point where you’ve managed to corner the coot and you’re not being viewed and you play your weapon of choice, every one else gets to play “Nuh-Uh No You Didn’t” Cards.  They’re not actually called that, but it’s what I call them. Each Murder Weapon has a rating on it. For example, lets say you’re using a Hammer and  it has a whopping 7 Murder Points. You’ve strategized, you’ve plotted, you planned, you waited, and now you’re going to strike! Well, no you’re not, because at this point you go around the table and every one gets to play a N.U.N.Y.D Card, which gives convoluted reasons for why you didn’t just beat the old man’s skull in. 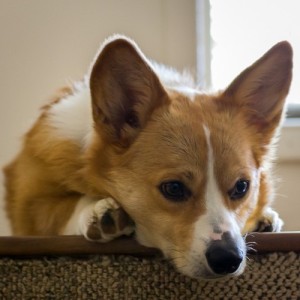 This is getting morbid. Have another puppy.

And then the game continues, and gives the concrete reason I don’t enjoy this at all: I HATE mechanics that negate everything you’ve done. Your effort is null: Just play a high enough cancel card and then voila, nothing happens. Then you get to do it all over again. And that, to me, is incredibly boring! Nothing progresses! Nothing! It’s a slog of just waiting for the old geezer to be in another room so another Ninja can magically take the bullet for him and then the game continues and it’s just so tedious! The game’s humor makes up for it, but only for a little while. Soon even the ninjas stop being amusing.

I don’t like disliking things, I really don’t. I want to love all board games, because there’s personality, and effort, and just weird little ideas in cardboard boxes! There’s no multi-million dollar board games: These are acts of love by people who want to share their weird little ideas like a puppy waiting for adoption!… Okay, have another puppy. 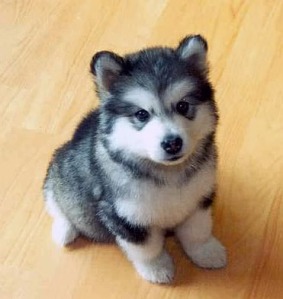 Puppies and Board Games. This is why you should follow Skip-A-Turn.

But keeping with this dog motif, Kill Doctor Lucky is a dog that wandered into my house and piddled on my rug. And the game is almost 20 years old! This isn’t a puppy of a board game, this is a fully grown dog whose owner never properly trained it!

Buy Kill Doctor Lucky (or the Original)
Price: Free for the Original – $30.00 for Paizo Printed
Players:  3-7
Recommended: 3-5
Skip-A-Turn Variation: Murder is Messy: If the game is going a bit too long for you, convince every one to team up kill him together in the most elaborate way you can imagine. Then go watch Clue.