So, the following things are true: I’ve been gone for a long time, and the internet loves cats. Do these things have anything to do with one another? Nope. I’m just trying to excuse over a year of absence while starting up my first proper review in a dog’s age. Haha, get it, dogs, and the game’s about cats, and- And- Uh… Y’know, let’s just get on with it. This is Cat Tower.

Cat Tower starts off with a win with one of the cutest boxes I’ve ever seen. It’s a cube-cat. A cubat. It’s an eye catching little box with an adorable anime-esque kitty on the front and a pretty white-and-orange motif that stands out among the deluge of dark blue/black boxes on the market. IDW Games – which is quickly becoming one of my favorite game companies – really evoke the “I wanna pick it up and see what it is” feeling, and that’s a win before you even open the box.

Within the box you will find a wooden die and 54 cats. Not, like, actually 54 cats but 54 paper origami cats – 42 bendable Cat cards and 12 un-bendy Catty Fatty cards. The art on the cards is just as adorable as the box itself, with some really cute simple artwork that will make anyone playing Neko Atsume lose their freakin’ minds.  They even managed to capture that “staring into the void waiting for kibble” expression!

Gameplay goes as follows: After assigning everyone seven felines, each player rolls the wooden die which will direct them to one of five possible things- Fold and stack a cat on the center Tower of Cat Babel, stack two cats, stack a cat upside down (illustrated by a  dried fish on a line, for some reason), make someone else stack a cat for you, or, the big one: Catty Fatty. Catty Fatty, illustrated by heavy-duty unbendable cards with a picture of an obese cat, are cards that change up the game. After being stacked, a Catty Fatty card can force everyone into kitty communism, skip turns, go in reverse order, or stack a cat upside down. First person to be done with their cats is the winner. 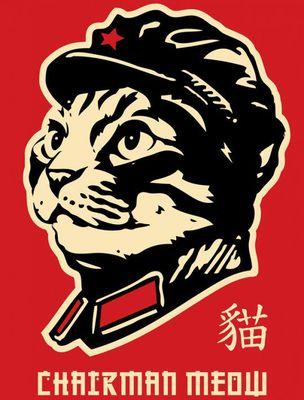 This reverse-Jenga is the most endearing thing about Cat Tower after its aesthetics. It’s so rare to find dexterity based games on the market! It also benefits from not exactly being brain surgery to figure out: You don’t even need THAT steady of a hand to successfully stack cats, and even the punishment for knocking over the tower (adding a cat or two back to your hand) isn’t enough to force this game into daunting territory. Honestly, Cat Tower is one of the most approachable games on the market I’ve seen that doesn’t rely on the “please the king” mechanics.

It’s hard to find anything truly negative to say about this game. Gameplay is anywhere between ten to thirty minutes, so I can’t say that it overstays its welcome, there’s no art that isn’t charming within it, the pieces are all delightfully sturdy… Hell, even after about ten play throughs, the pieces are still in pretty good shape for something that needs to be bent and flattened over and over again. Absolutely worth adding to any collection.

Here, have another cat for the road.