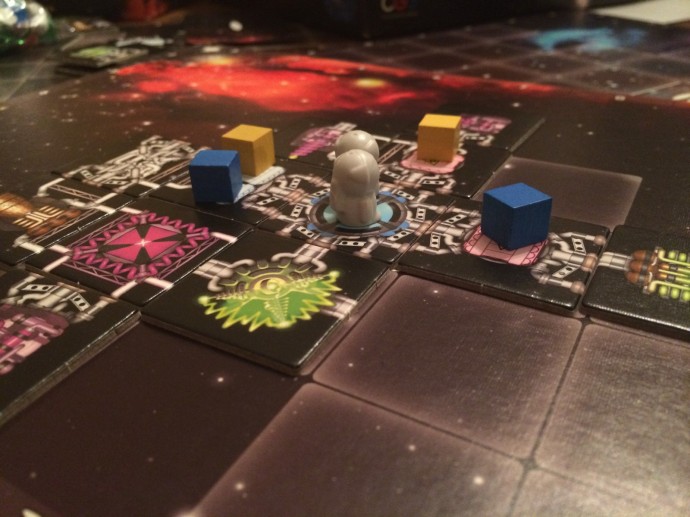 So, when you watch any thing Science Fiction, you never question where they get the pens, right? I’m not alone, am I? Where do they get the pens? Or the socks! Or, like, how did the ugly jerky aliens somehow managed to get aboard, right? No one likes them! When we look to the future, we like to pretend that somehow every one is a Space Pilot who works right under Janeway and is totally like… Zapf Brannigan levels of important, right? Because blue collar work, while important, just isn’t that glamorous, and no one wants to transport the jerky aliens or the socks or the pens! Unless you’re playing this game. This is Galaxy Trucker.

Galaxy Trucker is a Czech game by Vlaada Chvatil, who according to Shut Up & Sit Down is like the Steve Jobs of the board gaming world. He’s made such favorites as Bunny Bunny Moose Moose, Dungeon Lords, and the ever-popular Mage Knight. We’d go into details about all of these games, and we intend to at a later date, but here’s all you need to know about this designer: His games tend to be fun, innovative, clever things that tend to get their mileage. 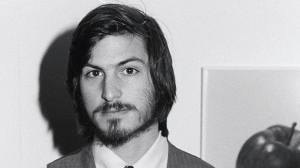 Vlaada Chvatl? Steve Jobs? Ashton Cutcher? When was the last time you saw them all together, hm?

In Galaxy Trucker you are a Space College drop-out, who now has the Space Job of flying through space and delivering Space Crap from Space Point A to Space Point B. In space. Of course, your Space Boss is a Space Cheapskate and  you have to build your own ship. Just you, and your ship. Yep. Ship… Did we miss an opportunity to throw the word “space” in there? No  matter.

At the beginning of each round you and all your fellow captains are  given a face-down pile of crap. With out causing any major injuries, you get one minute to scramble together a giant pile of junk that can barely fly. Now, ideally, you’ll get a ship with battery life, laser cannons, crew, supplies, shields… But that’s for people with fancy Space Degrees! No, you get a hunk of junk that will probably veer left no matter what you do. 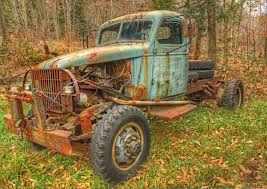 Pretty much this. IN SPACE!

So, now you got your ship, now what? Well, get truckin’! You and every one else will go flying through space, praying you don’t get hit by asteroids or attacked by pirates, and will find planets of exotic attractive beings who wish to have sloppy make outs. Fun Fact: Only the first two things will happen. Because this is Galaxy Trucker and you don’t save the universe, you make your delivery and have flapjacks at the Space Diner. 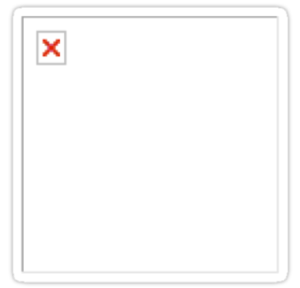 We couldn’t think of an image to describe Space Capitalism.

This game is a hoot. The random building mechanic will have you in stitches, as you look over each other’s ships and realize how you all make terrible space mechanics. It also has a good level of strategy: Do you want a ship that’s extra long? Extra squat? Filled with places to put things, or filled with little space-men who’ll help you explore planets when you take a pit-stop?  Deliveries are just as amusing and varied, keeping you on your toes and hoping you’ve made the right call passing up that planet to get to the Space Port before your opponents.

This game is fun, it’s silly, and it might be talking about something. I’m not the smart member of Skip-A-Turn, so I can’t really speak on that. Regardless, this is one of Skip-A-Turn’s favorite games by Vlaada Chvatil, and we’ll definitely be coming back to his work at a later date.

Buy Galaxy Trucker
Price: $48.54 (Sticker price is $75, but you can get it for under $50)
Players: 2-4
Recommended: 3
Skip-A-Turn Variation: An American Classic: Locate you nearest 24 Hour Diner. Play this game after midnight. Loser buys pancakes for the winners.