In a world, shockingly similar to our own, shadows run deeper, conspiracies are true, magic is reality, and monsters are very, very real. In fact, more often than not, you play as them! Yes, the White Wolf (now Onyx Path) owned series has survived the world ending, God becoming a sentient super computer, the vampire uprising, and a horribly, HORRIBLY uncomfortable book about gypsies that I won’t talk about now. It’s a Role Playing Game of the purest sense, with a major focus on creativity and gallows humor that embraces it’s horrific setting. This series has brithed some of the most dynamic characters in Table Top-dom, swear to the God Machine. The World of Darkness is one of our favorite game series available at Skip-A-Turn, with a streamlined system that focuses on telling a fun and dynamic story and a world that is such a joy to explore (and be terrified of). This week, Skip-A-Turn lists our top five game lines in the World of Darkness series. The rules are very simple: To be on this list, it has to be an official game line in the World of Darkness continuity, Classic or New. No Scion, Exalted, Relics & Rituals, Trinity Universe, or bizarre fan creations involving dragons or magical girls. With that out of the way, lets begin!

Before We Begin… Again.
We’re just horrible about jerking you around, aren’t we? We’d be remiss, however, if we didn’t clear some things up: There are technically TWO World of Darknesses. Kind of like New Coke and Classic Coke, except you can still buy both of them pretty easily. One is the Classic World of Darkness, which had a more obtuse system to it and a freakishly fleshed out world with a looming apocalypse on the horizon… About 5 or Apocalypses (Apocali?), to be exact. This ended around the early 2000s and was followed by the NEW World of Darkness: A more mechanically defined world that was as fleshed out but presented more as a box of Legos as opposed to a meticulously crafted model ship. They’re the same idea, different world and stakes. Now we can REALLY begin. No, no, we promise this time. Really. (After a quick plug for the best game in both universes— Mage: The Ascension. – Buckle) 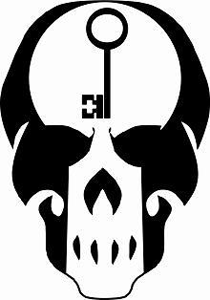 Bad news? You’re dead. Good news? That’s the start of your story. In this surprisingly optimistic game about second chances and fighting fate, you play as a Sin Eater, some one who had died but struck a bargain with a Geist, a supernatural being of great power who misses what it means to be alive. A lot of people compare it to the Persona series of video games, and in execution they’re not far off: Sin Eaters act as living-dead Ghostbusters with powers centered around how they died while they wield (and are weld by) their Geist in combat. Filled to the brim with cute nods towards actual famous deaths, a charmingly macabre atmosphere, and a tone that is dark but not TOO dark, Geist is a wonderful way to enter the New World of Darkness. (Unless you have access to the vastly superior Mage: The Ascension, in which case you should just play that for your first go-around. – Buckle)

Okay, remember Captain Planet? Now imagine that instead of God being Whoopi Goldberg picking kids at random to make Tom Cruise in blue body paint, God is actually a huge fangirl who took her two favorite creatures (The Wolf and the Man) and combined them, then went on her DeviantArt profile and combined ALL THE THINGS. Then give God three demi-God lackies who are all incompetent, turn one evil, annnnd you get something resembling Werewolf the Apocalypse. This game world is nuts: Giant evil corporations, werebears, an evil RPG publisher, Irish werewolves, and all sorts of shenanigans. This is probably the most action-oriented and diverse game-line in the World of Darkness, and it’s just a blast to play.  (But not as many shenanigans as the vastly superior Mage: The Ascension, so if you like schenanigans you should just play that. – Buckle)

I feel like some one is contradicting me… Whatever. So, if we didn’t include this on the list, we’d be murdered in cold blood. Or hot blood. Blood would be involved, is what I’m getting at. The first game in the World of Darkness, this game set the tone for the next twenty-odd years: Darkness, bleakness, monsters, and a brave new (and horrible) world to explore. Dividing the traditional figures of Vampire mythology in it’s 13 Clans, from the vampire as romantic to vampire as monster, created a game of mystery and deceit and politics and sex. Lots of sex. So much sex.. This, along with social, political, and biblical anxieties, makes Vampire the Masquerade a game that you want to be embraced by. (While diversity is nice, you know what’s more diverse? Mage: The Ascenscion. Seriously. – Buckle)

So a Kung-Fu Master, a Hedonist, a Mad Scientist, the Wicked Witch, and a Native American walk into a bar. They then proceed to alter the universe so that the bar is now a beer powered mech that is going to go fight a mentally disturbed Mime of God-like powers. Mage is a game about unlimited potential, the fear of corruption, and the fact that absolute power corrupts absolu– Wait what?!

This game is wonderful, silly, vibrant, and proof that this list is kind of surpufluous. Why? Because I really don’t care what Pope puts for 1. When you find your Game Line in the World of Darkness? That’s it. That’s going to be your game. Sure, you’ll enjo!y other ones, but trust me: I was a Stage Magician with a god complex and a talking snake who did my taxes in this game! And I totally scored with a Fairy Prince! It was awesome!

Well, Buckle isn’t wrong: In the World of Darkness, you’re bound to find that game that is just “your game”, and as such having a Top 5 list with out bringing in some Bias just… Isn’t completely feasable. However, this game is the only game on the market where you can play literally whatever you want. Fairy princess assasin? Totally. Abobinable snowman gone mafia don? Sure. Sentient silver mine who plays the piano at a dive bar and has dissociative idenity disorder from the miners stuck in him? Been there, done that. Possibly the bleakest game in the WoD, wherein your character was kidnapped and altered by the Fair Folk for reasons that confuse and allude you, this games focus on community and mental stability is just… So much fun! It’s so freakin’ cool! And there’s so much to do! And it’s so pretty! And it’s so–

One thought on “Top 5 World of Darkness Games”